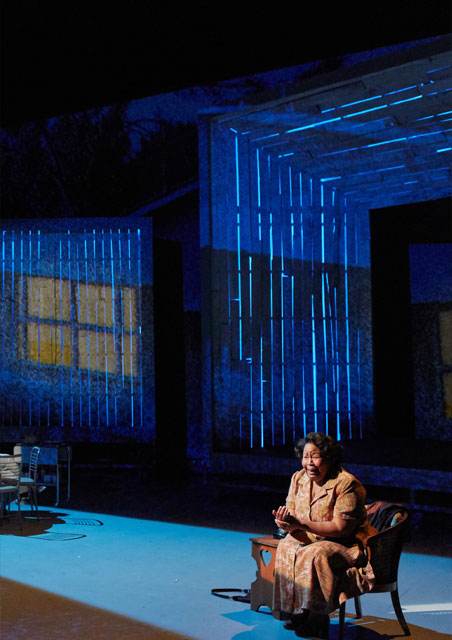 FIRE SHUT UP IN MY BONES (Blanchard)

Yannick Nézet-Séguin conducts Grammy Awardwinning jazz musician and composer Terence Blanchards adaptation of Charles M. Blows moving memoire, which The New York Times praised after its 2019 world premiere at Opera Theatre of Saint Louis as bold and affectin and subtly powerful. Featuring a libretto by filmmaker Kasi Lemmons, the opera tells a poignant and profound story about a young mans journey to overcome a life of trauma and hardship. James Robinson and Camille A. Browntwo of the creators of the Mets sensational recent production of Porgy and Bessco-direct this new staging; Brown, who is also the productions choreographer, becomes the first Black director to create a mainstage Met production. Baritone Will Liverman, one of operas most exciting young artists, stars as Charles, alongside sopranos Angel Blue as Destiny/Loneliness/Greta and Latonia Moore as Billie.

No times have been scheduled in for FIRE SHUT UP IN MY BONES (Blanchard). Please check back later.